My 4.5 week journey around Europe was such an awesome experience!

The intercity train in the Netherlands empties out the toilet waste on the tracks.

Can you see the rail track below? I could not believe that. If you know why, please let me know.

Some restaurants offer an English menu and some do not.

I found Croatians to be the most friendly, followed by the Dutch.

In general, most people were pleasant and respectful towards me. The Croatian men were not afraid to strike up a conversation to say the least.

It can be such a pain to find a free toilet.

Guess where I found one? Not at the mall or a drugstore, but at a hotel.

You’ll find portable toilets in random spots and you must pay a fee to use.

Toilets are labeled as “WC.”

Don’t know the reasoning behind it, but it stands for water closet.

In major cities, you will find many locals that speak English fluently or just a little.

Initially I was afraid that I will be required to speak the native language wherever I went. In a small town in Hungary, two young Hungarian girls approached me out of curiosity and wondered why I was in their country. I had to use Google translate to interact with them.

Germans were the least friendly.

I did, however, meet a number of kind Germans. Grateful for the German guy who took me around Berlin after meeting him in Australia a few months before.

It is very easy to get around from any major city to another by bus or train.

They typically run on time. For instance, the Flixbus from Budapest to Zagreb was €40 one-way. It’s a 5 hour bus drive.

I purchased a train ticket from Amsterdam to Berlin one-way for €60 three days in advance. 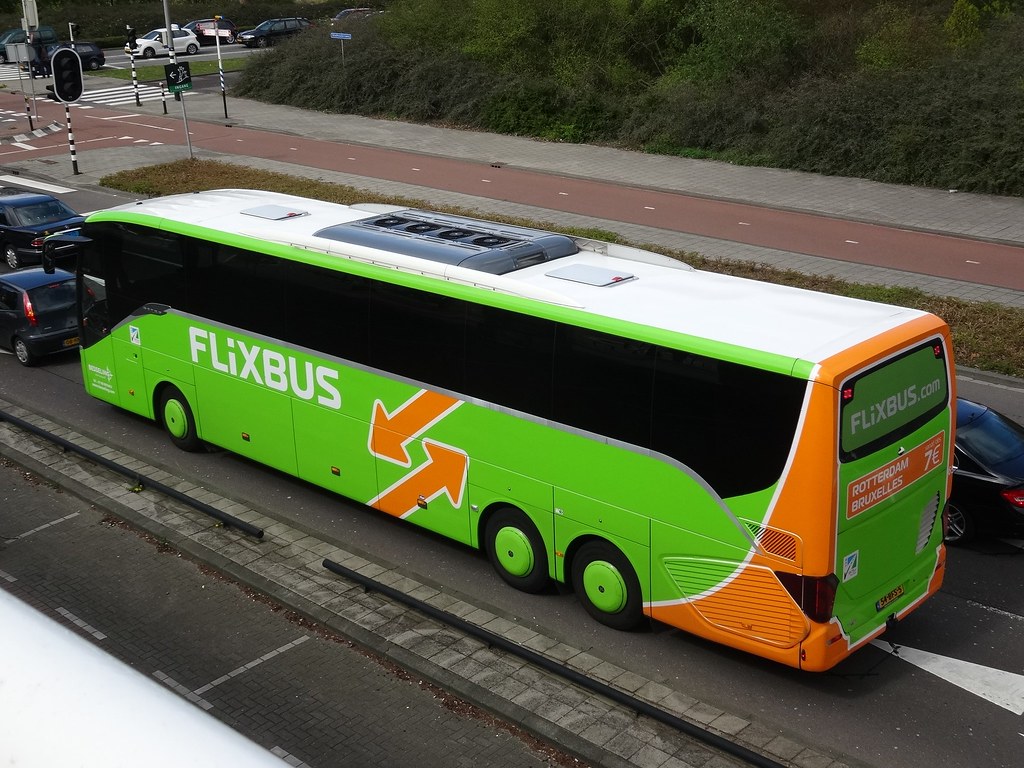 Some countries seem to not require a passport check.

For instance, entering Germany from any European country required no passport check by bus, train or plane. I flew into Berlin from Copenhagen, no check. Therefore, no passport stamps.

I took a bus from Vienna to Frankfurt, no check at the border.

When I took the train from Amsterdam to Berlin, there was no check at the last station (Rheine) in the Netherlands before entering Germany.

Not all countries in the EU use the Euro currency.

Denmark, Hungary, and Croatia use their own currency. Below is the Danish Kroner, Hungarian Forint and Croatian Kuna respectively.

There are too many Euro coins.

Imagine carrying 8 different coin denominations and you are in the check-out line trying to buy groceries. Happened to me multiple times.  The US has 6 coins but 4 are widely used in all states.

99% of my expenses in the Netherlands was paid in cash because they do not accept foreign debit or credit cards.

Only Maestro or a Netherlands-based credit card is accepted. In all other countries, I was able to use my Chase Sapphire credit card most of the time.

The traditional dishes of Austria, Slovenia and Slovakia are very similar.

Not a fan of any of their food.

Berlin, Vienna, and Amsterdam were the most racially diverse cities.

I don’t think I looked like a tourist in most major cities.

I say that because whenever I was not the first one to speak up (e.g. buying groceries at the check-out line), I was spoken to in the local language almost every time.

There are a lot of discounts for students.

Discounts for museums, attractions, train travel, and much more. If you look like a student, you might be able to enter an attraction without proof of a student ID.

Being that I am Black and black hair is unique, I received a lot of stares everywhere I went.

(If you’re not black, you won’t fully understand.) In cities and small towns with little to no diversity, like Croatia, Slovenia and Hungary, stares came from all ages. Both male and female.

I had a few staring contests, particularly with kids. Caught a young girl on a bus filming me on her phone while I was waiting to cross a four-way intersection. I and two other Black ladies were called “chocolat” by a Hungarian male while quietly walking down a street in Budapest.

It is very easy to get on the train or tram without any checks in all these countries.

Be warned, you will be fined if caught without a ticket. I got caught in Berlin.

If you ask for water at any restaurant or cafe, you will be asked “sparkling or still.”

If you want free water, you need to request for tap water otherwise you might get “still” water, which is bottled water. For the life of me, I just don’t understand why sparkling water is very common.

Using a laundry dryer to dry your fabrics is not uncommon.

Europeans use a washer and air dry their clothes. I’ve been doing that for the past 10 years.

I found Amsterdam to be different compared to other European cities.

One is how in the world do pedestrians, bicyclists, mopedists, tram drivers and car drivers all share the road and stay safe?

I have never seen a city like that. Maybe it’s just me, but it looks chaotic. Sort of like NYC.

Visited the Parliament in Den Haag (The Netherlands) for a debate and discovered they have 17 political parties.

Their type of government is a parliamentary democracy. I like that the Dutch have much more parties to represent a variety of people and issues. Whereas America has 2 dominant political parties even though there are at least 3 other political parties that don’t get much attention.

In the States, Austin is the only place I’ve visited where they don’t have plastic bags for customers.

Europe does not have an obesity epidemic compared to the States.

I barely saw an obese individual. There is more physical activity. You can survive without a car. And the quality of food in Europe is better.

At the same time, I saw the same amount of ultra-processed, fast food available everywhere.

People love to bring their dogs on the trams and metro trains.

The times I’ve used metro transportation in the States, I don’t see dogs unless it’s a service dog.

Europe made me change my mind about alcohol.

99% of all wines I’ve tasted in the US are too dry for my palate. I realized that wine has to be very sweet for me to enjoy it.

The white wine I drank in Hungary and Germany was as sweet as juice. Tried peach brandy, Eiswine and chocolate brandy samples I had at Sankt Goar (St. Goar). LOVED it! It was so good that if I had space on my carry-on backpack, I would have easily packed 3 to 5 bottles with me.

Have you been to any of the listed countries in Europe?

I would love to hear what you found interesting. Comment below!

One Day Cooking Class in Italy With Sapori e Saperi

My name is Ann. The goal of this blog is to share personal travel experiences, encourage more people to explore the outdoors, give travel tips, and discuss local foods from my trips. Stay curious!